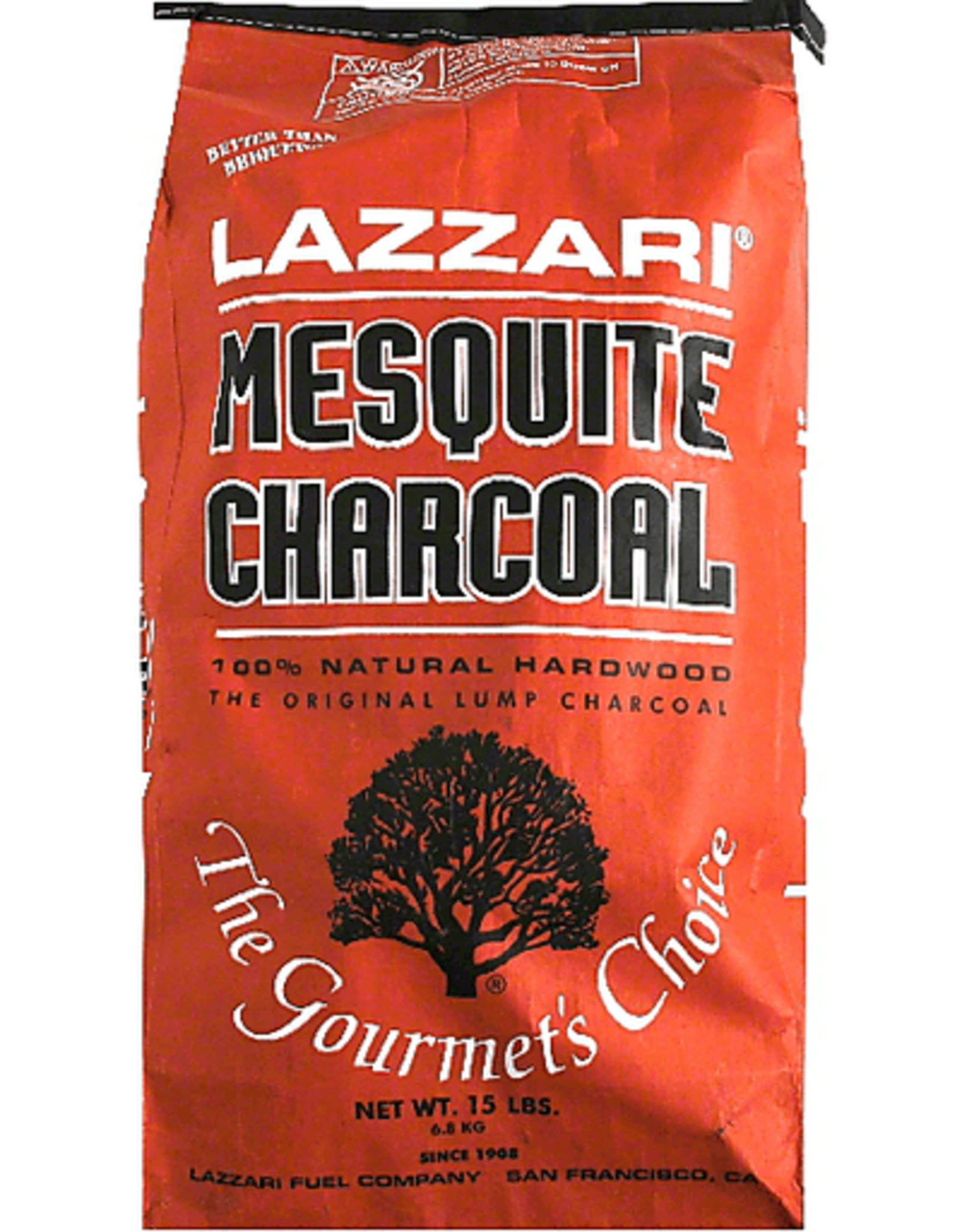 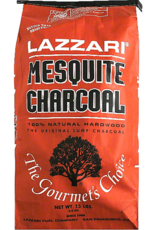 Lazzari is the nation's largest, oldest and original producer and distributor of premium mesquite charcoal.

Lazzari Mesquite Charcoal imparts a uniquely delicious flavor to grilled foods. Master chefs world-wide use mesquite charcoal because of its pure, natural wood smoke and high cooking temperature, which sears the outside of the food, retaining natural juices, aroma and succulence.

Mesquite lump charcoal burns hotter than briquettes or gas fired grills. Gourmet chefs prefer mesquite for a cooking technique where certain foods, like fish and red meats, are cooked hot and fast. The intense heat sears the food on the outside and seals the natural juices on the inside.

Premium lump charcoal, such as Lazzari's mesquite, is pure, charcoalized wood. It contains no coal, additives, fillers, recycled wood or chemicals. Just 100% Natural Hardwood carefully selected, packaged and weighed to ensure that only the highest quality product reaches the customer.

In order to produce mesquite charcoal in a responsible manner, consistent with conservation of the earth's natural resources and ecosystems, Lazzari Fuel Company utilizes an ecologically responsible method to harvest mesquite wood by pruning and selectively thinning mesquite trees

Each Lazzari harvesting program is developed by a biologist, who first performs a field study of a given habitat and then prepares a report which dictates what green and/or dead wood will be harvested from each micro - area. As a result of these common sense practices, Lazzari's mesquite harvests are non-detrimental to the mesquite tree, the ecosystem and habitats that surround it.